This video chronicles our early years. It was very lovingly created by one of our first team members, good friend and tremendously good human being, Rishabh Raghavan. His imaginary friend Naquash edited it.

A year into existence as Cyclists for Life, operating as a brand of The Fuller Life, we shot out, and rebranded as Crankmeister, and carried on as we had begun.

Here’s the long list of people behind the magic

The founder, Co-Crank and wheelbuilder par excellence. He has brought to bear his retail, business growth experiences and unerring eye for hiring great talent. He’s a bookworm who devours military history books and Pratchetts with equal fervour, is a coffee hound, and is a man in love with his Bonneville. He is a mech at heart.

Did you hear the one about the dashavatara of the Energiser Bunny? It’s mech-avatara is Nikhil. This guy has been selling bikes to friends for years before he started as Co-Crank at the store! It’s more of a case of the work choosing him, than the other way around. He’s the bargain-hunter you will find lurking the online lanes of bikediscount and other such sites, when not riding his KTM or his road bike at full speed across cities. 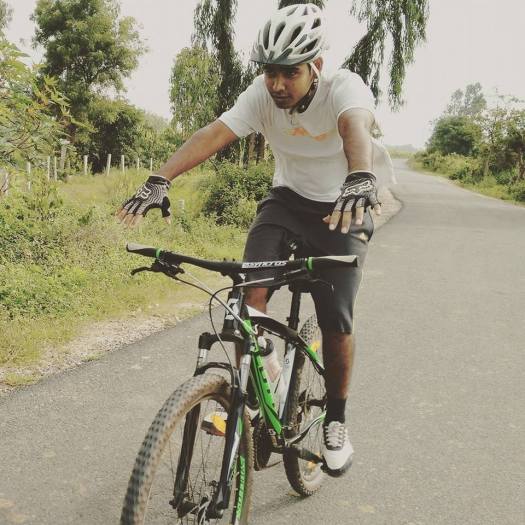 #MyRandomClicks, erstwhile MTB racer and gym boy, he’s been hitting the books of late with the intent to close the chapter on schooling. This Tamil dubsmasher and amateur photographer is also one of our most tenured hands on deck. A big one for bad jokes, often multilingual ones, he’s the true and silent biryani monster among us.

The guy with the answers to all your questions – from the water crisis to hit Bangalore in a few months, to rules for all civic bodies to follow across the length of the country, to random legalese. An ex-Infy type, but we forgive him because of his level of advocacy of cycling, and unwavering belief that cycles are the answer. To life, the universe, all of it. Unless, the question is “Desserts?”

Baba the Junior (called so because the illustrious senior Baba famous in the Bangalore cycling community, globetrotting bike mech is his uncle) is a year in, and reminds us of another young mech at the store at that age and stage, as he blooms and comes into his own. Unvaryingly cheerful and willing to take on work, this young one is powered by strong Irani chai.

The man on the forefront of keeping it all spic and span. He might be in charge of housekeeping at the store, but he manages cleanliness heavyweights like Nikhil and manages to be on top of his work. This, on top of being one of the guys who comes on his bicycle everyday. One of the most sincere folks we’ve ever had the fortune to work with. 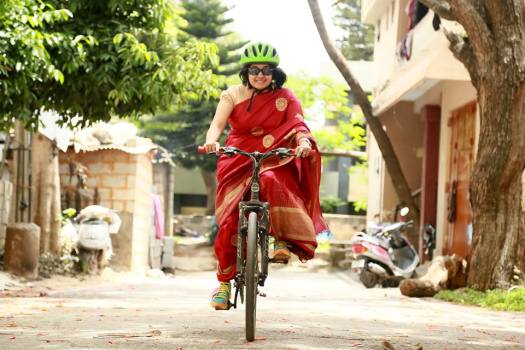 Our friendly neighbourhood saviour who’s been there from day one, swabbing decks, generating invoices, posting social media updates when her introvert soul allows it, and generally being around to save the day. Especially powerful in identifying when one of us is hungry/ hangry, and flies to the rescue, with foodstuff. She’s also supported us in more ways than we can count.

She’s pretty but is catty and sulky as heck, plus unfriendly and prickly. Rumour has it that she’s picked up some of these traits from the person she tends to hang around the most, Monica

This one is a streetie at heart, but her stomach drags her into the store occasionally. She also brings treats such as half eaten rats to unsuspecting customers.

Our Alum (listed in order of them heading out of Crankmeister) 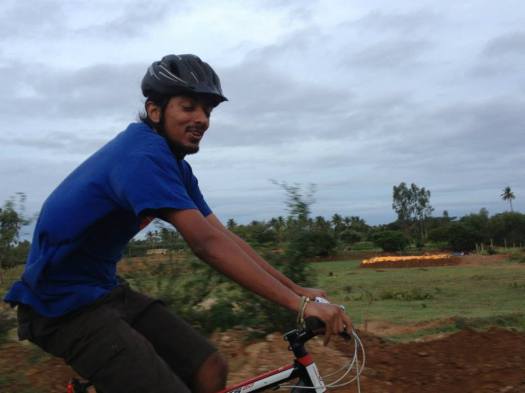 Charming, waffling and popular for saying, “I’ll scam, macha, it looks like rain” on the clearest of days, and getting away with it. He did a stint as sportsman about town and beloved educator at Ashoka University, and is now putting his researcher brain to good use pursuing a doctorate in social anthropology.

The go-to guy, Mr. Fixit,  for everything from where to source LED lights, to paaya soup and how to register your ageing Kinetic Honda at the RTO without losing your shit. He also is a generous soul, who will give his time to you when you need it.

The handsomest of cats to ever grace our doors, and the most popular. Bob was a charmer, and a gentle soul. His good looks and his furry tail deserve a separate fan site. For a risque tale about the tail and Nikhil’s flyaway rhetoric, apply in person.

Among the original trio that attacked the dust and grime on day one, to carve a store out of cement dust, this talented young man blossomed into who he is today, thanks in no small part, to his stint at the store. It’s been our pleasure to have been part of that journey.  He’s also given back to the store in equal measure.

She found us, and decided to gift us with three pups. Fortunately the pups have found homes, but she just wasn’t able to… for the longest time.

We were deeply upset at how her ears were permanently droopy during and after the lockdown, when she was mostly alone at the store. We had been campaigning hard to find her a home and are thrilled to inform that Boogie has found a new home, with kids who look at her adoringly. They’ve renamed her Pookie, we hear. She truly deserves this good change in her life.